Our body’s natural response to damage is inflammation. However, if inflammation doesn’t go away, it can cause issues.

Long-term inflammation is referred to as chronic low-grade inflammation and is associated with the development of other chronic illnesses, including heart disease, type 2 diabetes and various cancers. [1]

This article will detail some of the foods that are considered anti-inflammatory. Incorporating as many of the foods listed below into your diet can be an excellent way to reduce inflammation.

You can also find a high concentration of a polyphenol called oleocanthal in extra virgin olive oil, which has also been shown to reduce inflammation. [4] Oleocanthal also targets the same dietary pathways as the medication ibuprofen, with scientists estimating that four tablespoons of extra virgin olive oil are equivalent to 10% of the recommended ibuprofen dose.[5] 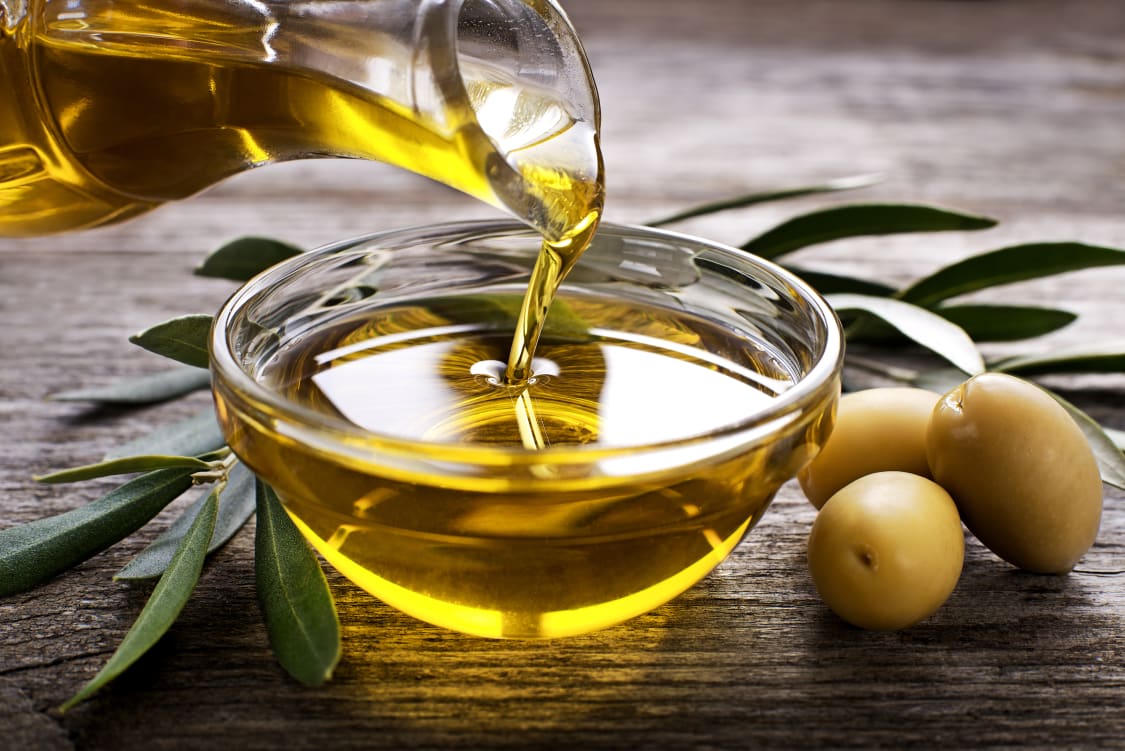 Salmon, mackerel and sardines are considered oily fish and are rich in anti-inflammatory omega-3 fatty acids.[5] These fish are the only source of omega-3 in the active forms of DHA and EPA, which is hard to find in most foods. 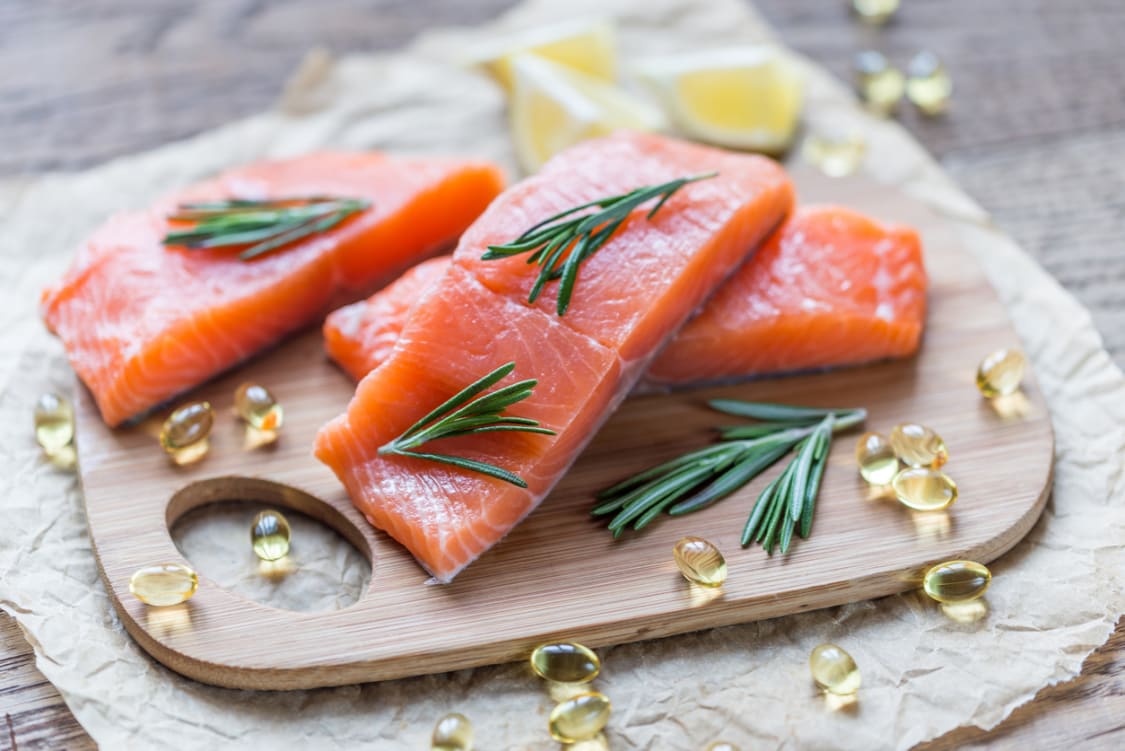 Raspberries, blueberries, blackberries and strawberries are all high in the form of polyphenol called anthocyanins. As polyphenols are strong antioxidants, they scavenge harmful free radicals in the body, while anthocyanins are considered anti-inflammatory.[6]

Berries are also chock-full of fibre with less sugar than other fruits, which means they can be eaten without causing blood glucose swings – a common cause of chronic inflammation.[7] 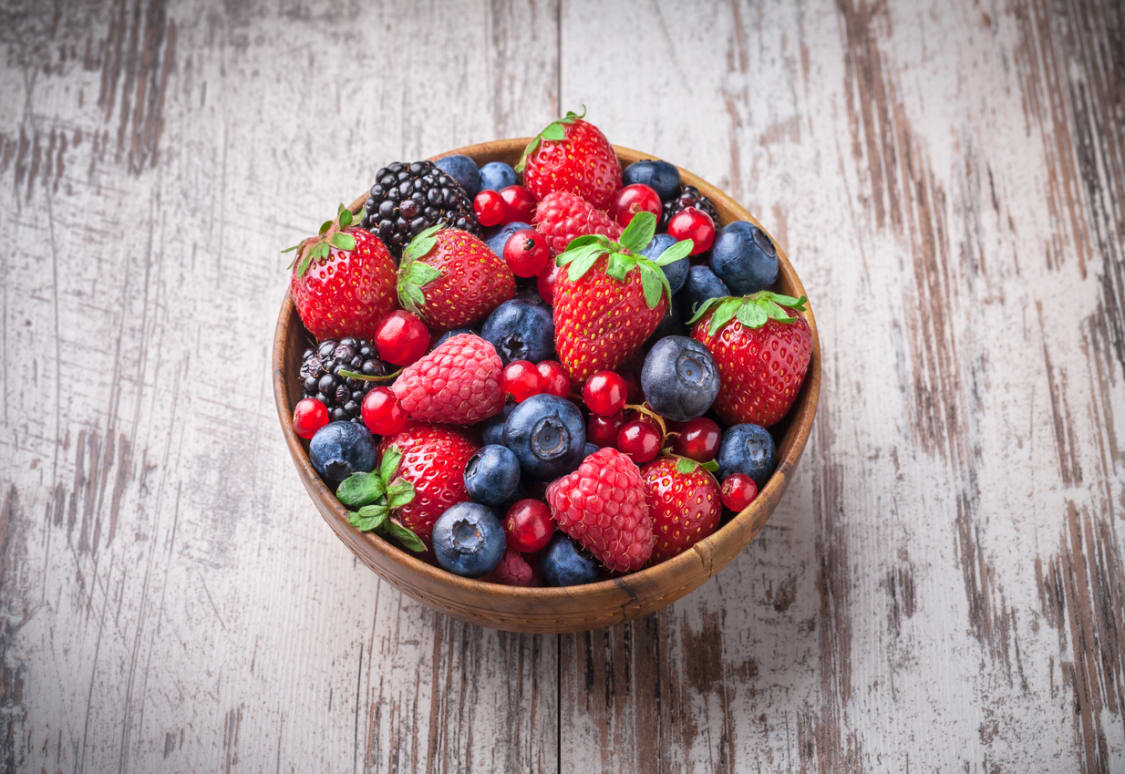 A popular part of breakfast for many people, avocados contain loads of healthy monosaturated fats that are good for your heart and help curb inflammation. Avocados also have lots of fibre and potent antioxidants like lutein and vitamin E.

In one study, consuming an avocado each day contributed to reduced inflammation in individuals following a weight loss intervention diet, compared to those who ate a diet without the fruit.[8] 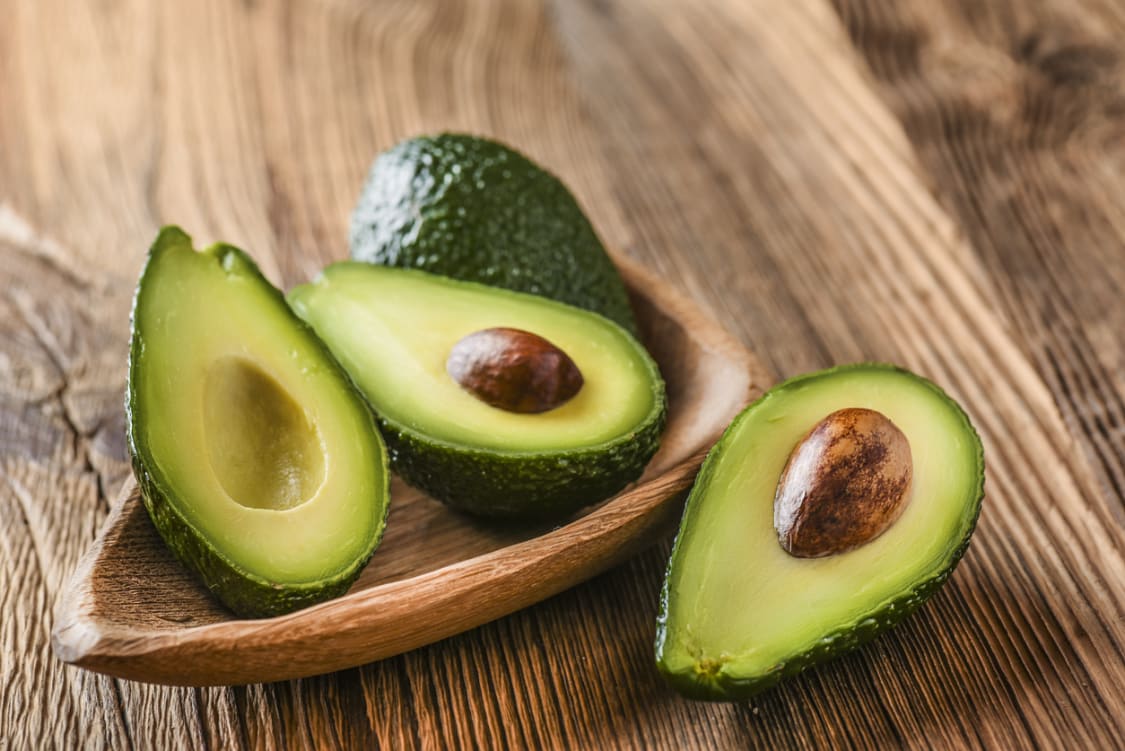 While all nuts are great additions to our diet, walnuts have a high omega-3 content which means they have excellent anti-inflammatory properties. However, the omega-3 in walnuts differs from the DHA and EPA forms in oily fish.

Omega-3 in walnuts comes in the form of ALA, which is not converted to its active form as efficiently as DHA and EPA. ALA has still been linked with lower inflammation levels,[4] with walnuts considered a great source of heart-healthy fats. Compared to other nuts, walnuts also have higher levels of polyphenols, particularly the anti-inflammatory agent called pedunculagin.[9] 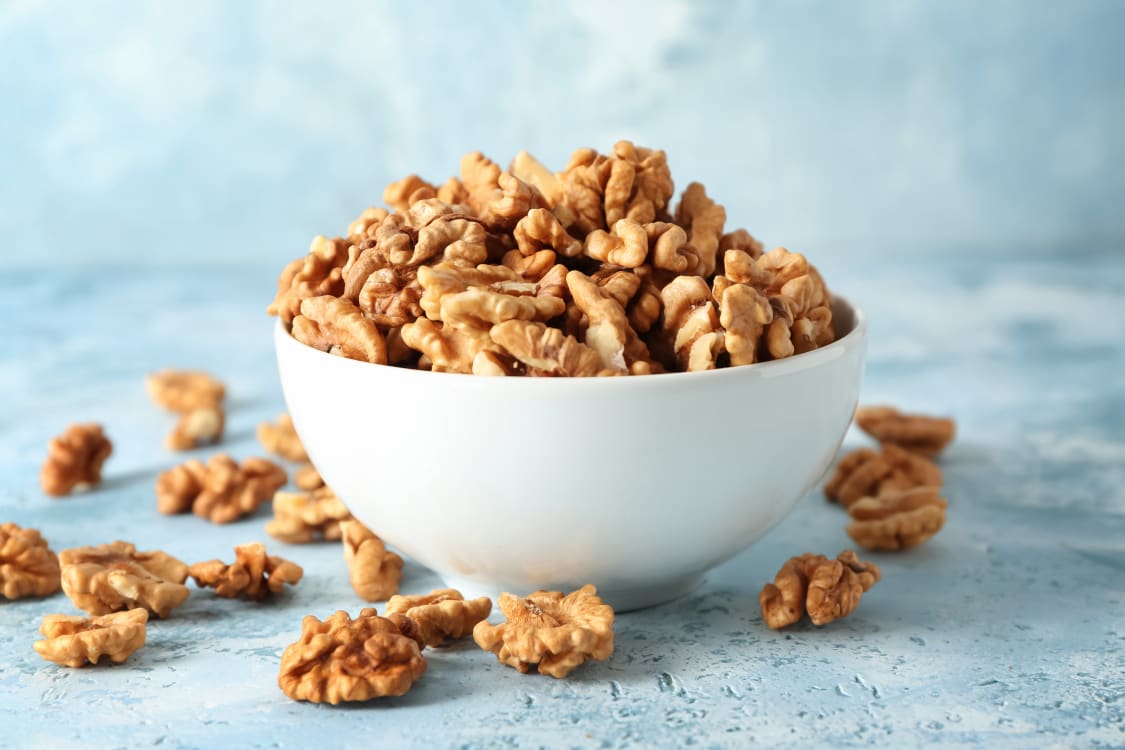 Vegetables contain fibre and antioxidants, which makes them great for reducing inflammation. In particular, cruciferous vegetables like cauliflower, broccoli, kale, brussels sprouts and cabbage are thought to be particularly anti-inflammatory.

These vegetables are rich in another polyphenol type called sulforaphane, a powerful antioxidant often credited with reducing chronic inflammation.[10] 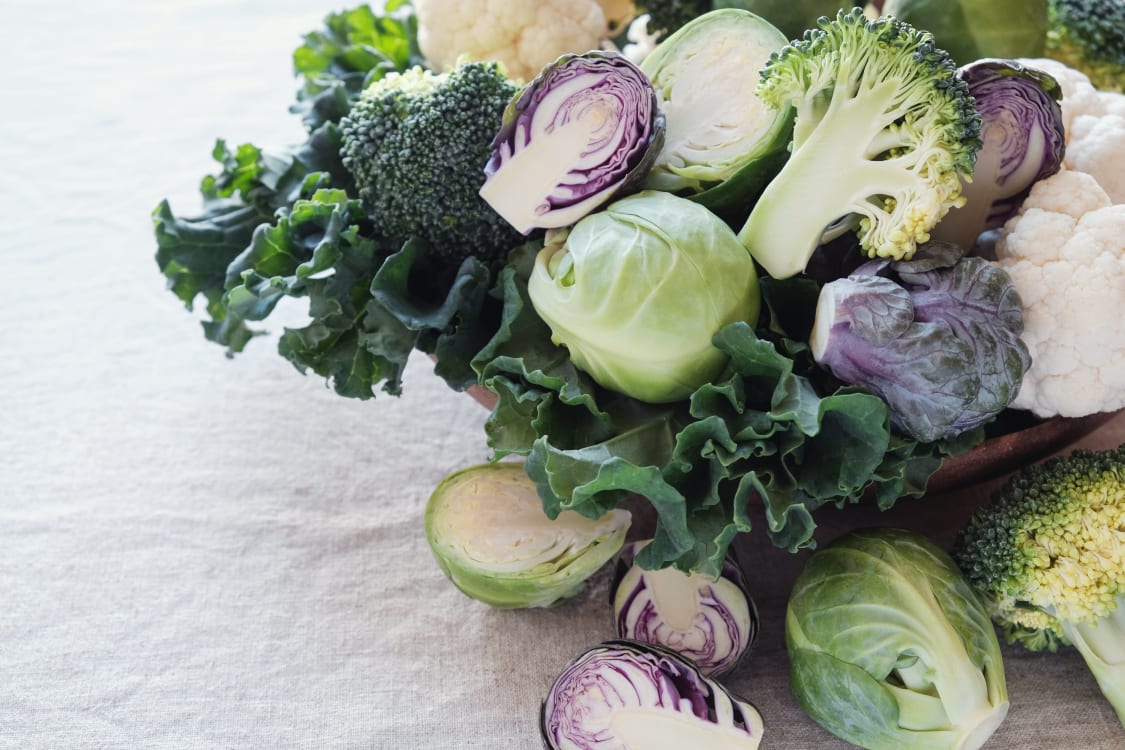 Rich in vitamin C and E, tomatoes also contain the antioxidant called lycopene. Its lycopene that gives tomatoes their red colour, and its properties can help with chronic inflammation.[11]

If you cook tomatoes, you can bring out even more lycopene. 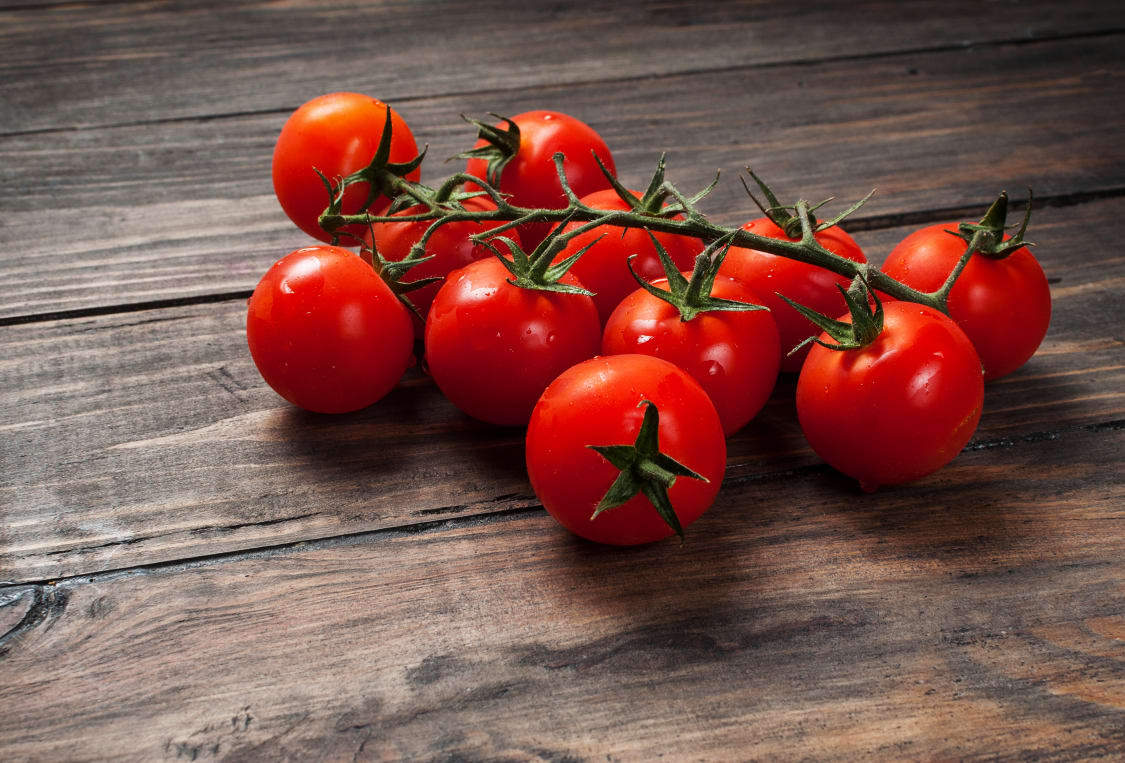 Tea contains a type of polyphenol named catechins. A catechin called EGCG is considered the strongest and can be found in green tea.

The properties of EGCG mean it can be used to reduce inflammation in people with gastrointestinal disorders such as Chron’s disease and ulcerative colitis.[12] The consumption of green tea has also been associated with a reduced risk of inflammation-driven conditions like heart disease, cancer and neurodegenerative disorders.[13] 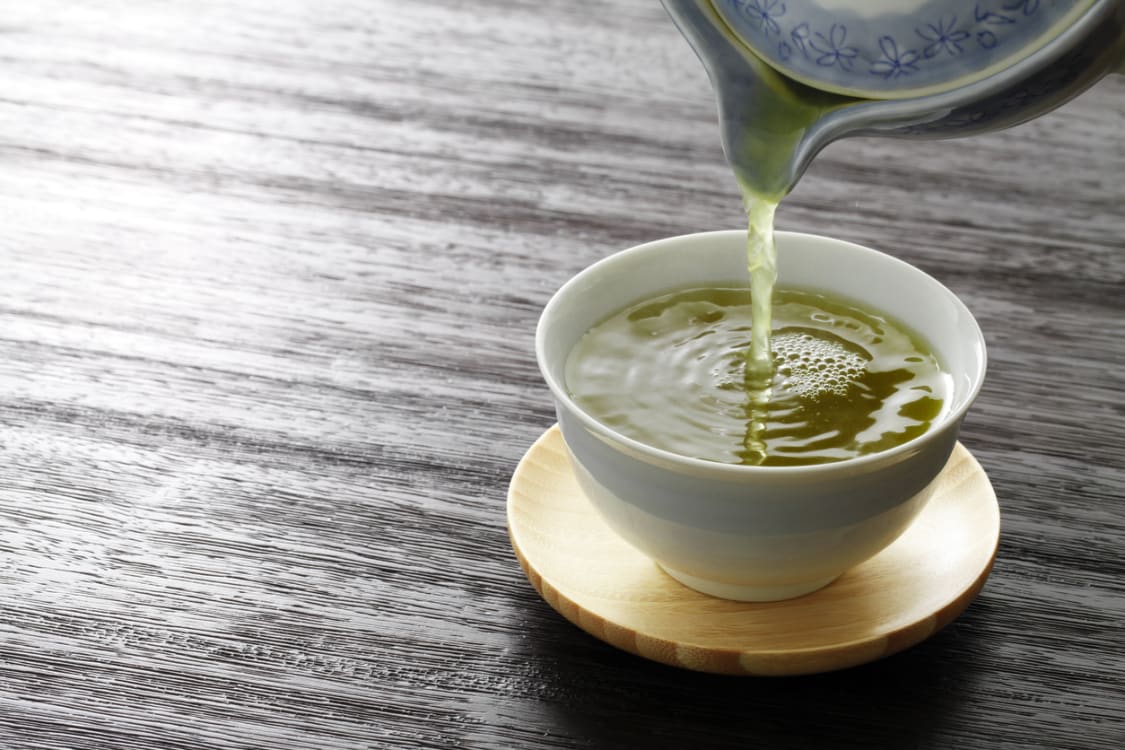 Cocoa, including dark chocolate, can also help reduce inflammation. Due to cocoa being rich in a type of polyphenol called flavanol, it is a great anti-inflammatory.[13]

A flavanol called theobromine gives cocoa a bitter taste but is also responsible for suppressing the body’s inflammatory response.[14] Opt for dark chocolate with 85% cocoa for the most significant anti-inflammatory benefits with the least amount of sugar. 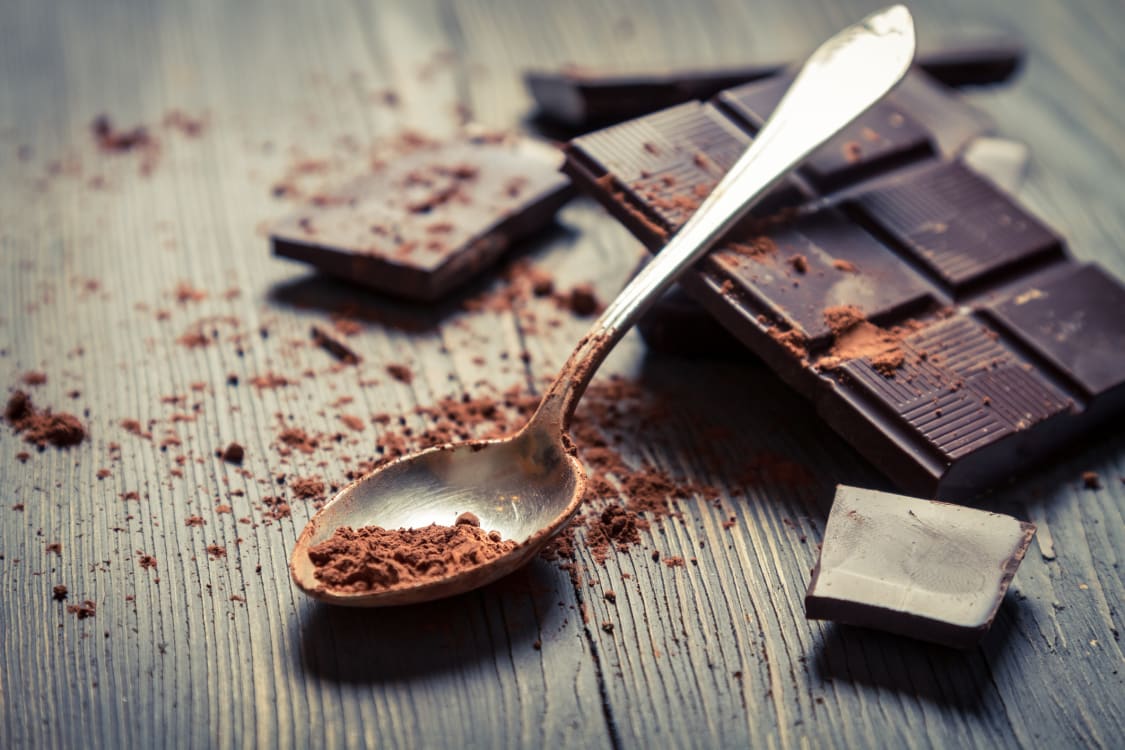 Traditionally used in Indian cooking, turmeric contains a polyphenol known as curcumin. Curcumin gives turmeric its distinctive gold colour and is also a powerful antioxidant and anti-inflammatory agent. Many studies have already highlighted the benefits of supplementing your diet with curcumin or turmeric to help reduce inflammation. [15] 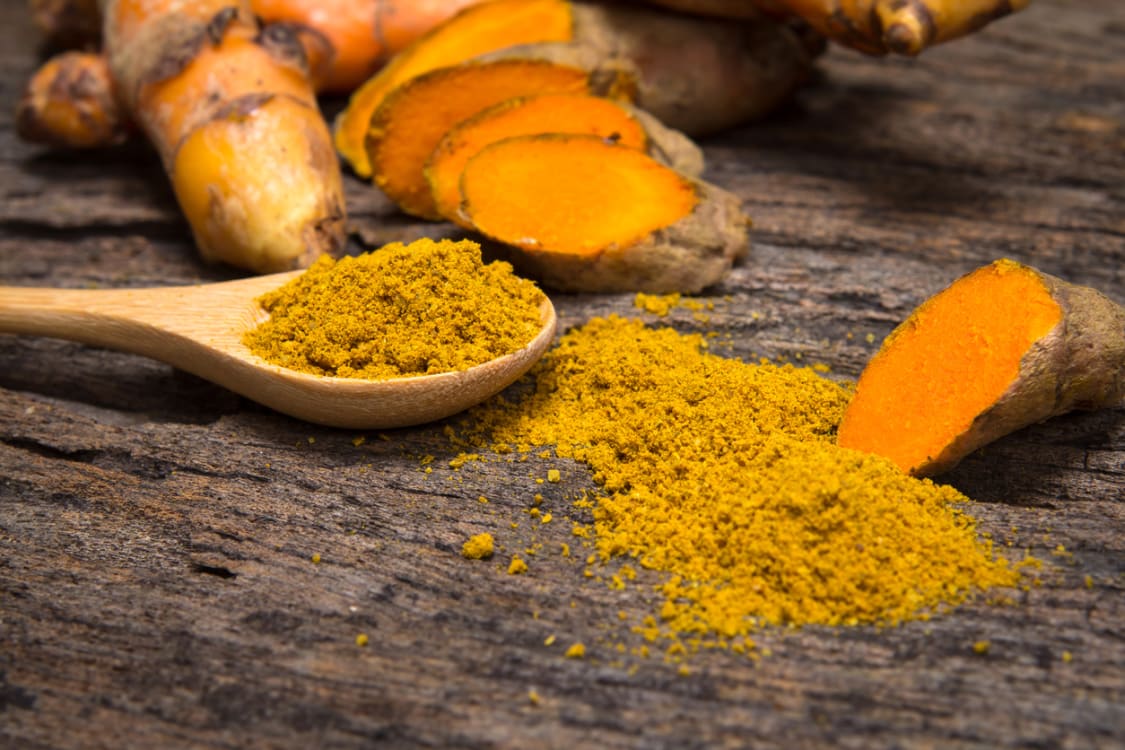 Garlic has traditionally been used to treat infections, colds and other medical conditions for centuries. It is also rich in sulphur compounds, powerful antioxidants with anti-inflammatory properties.

In one study, garlic supplementation was found to reduce pro-inflammatory markers in patients with rheumatoid arthritis – a medical condition characterised by chronic inflammation.[16] 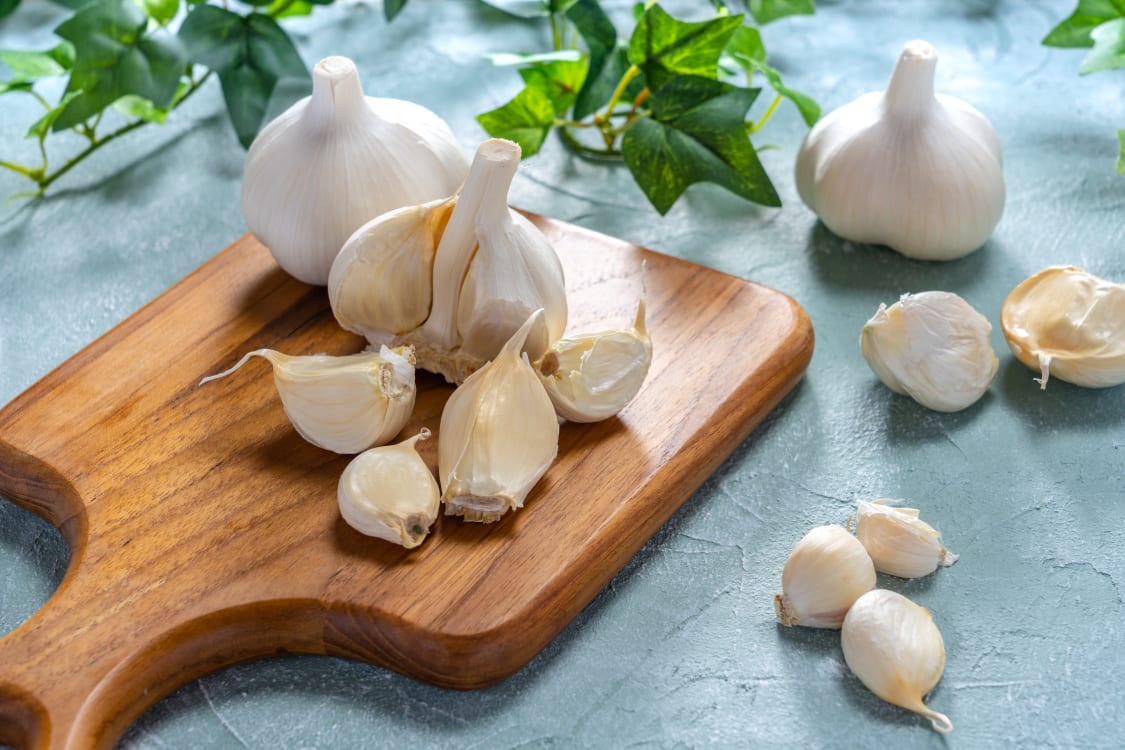 Ginger is a spice typically found in Indian, Asian and Caribbean cuisines. Containing a compound called gingerol, ginger has medical properties that include antioxidants and anti-inflammatory agents. 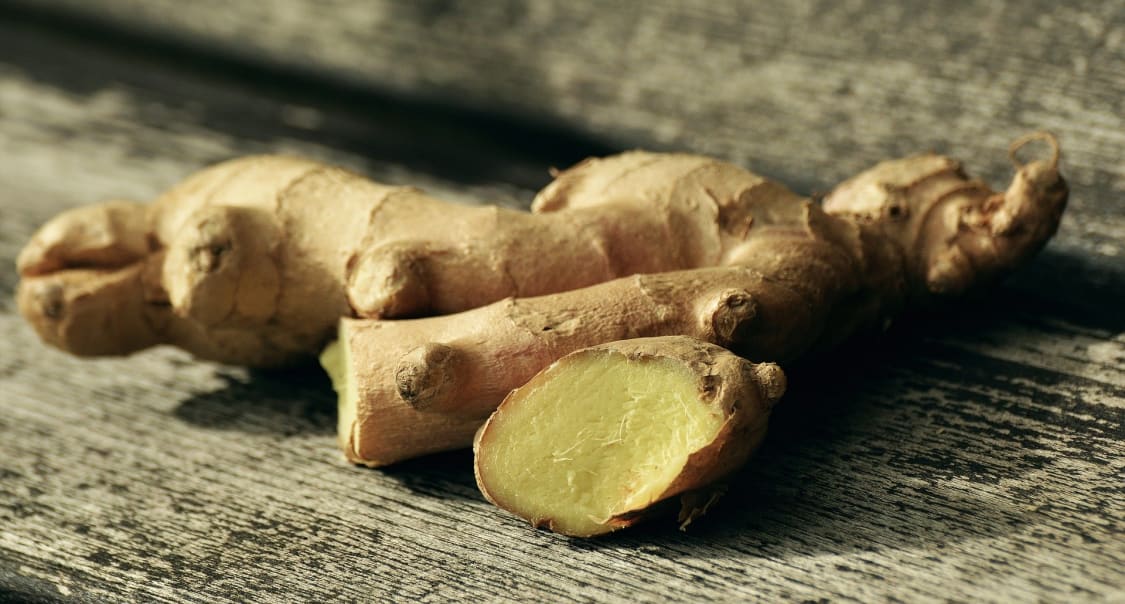 There is a lot of discourse on our gut microbiome and how it effects our health. Previous research has shown that the gut microbiome directly impacts the immune system and mediates inflammation. Other studies have also demonstrated that a gut populated with a whole range of good bacteria is associated with reduced levels of inflammation in the body.[17]

Fermented foods you can incorporate into your diet include yoghurt, kefir, sauerkraut and kimchi. All the foods are also great for increasing the diversity of your gut microbiome. 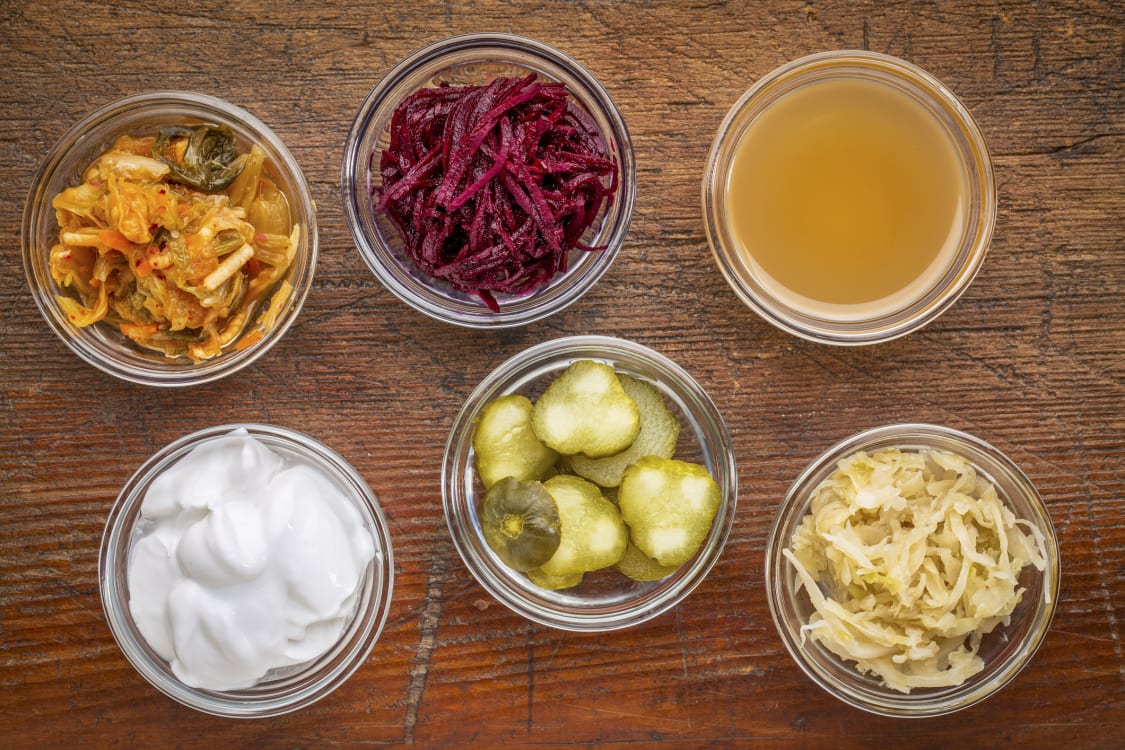